Many Meetings: a new addition to mark the arrival of Autumn

Encounter in a Woodland Glade 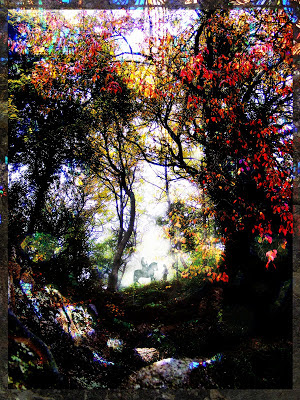 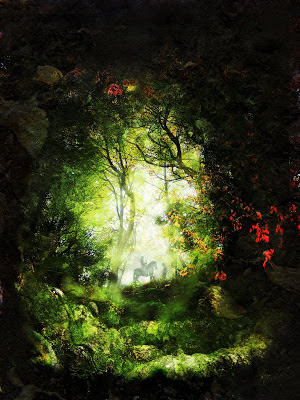 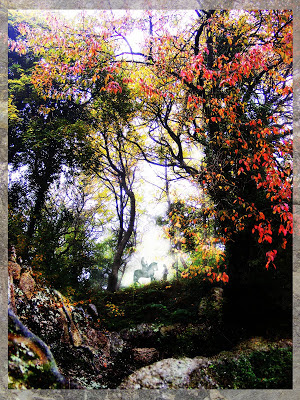 I couldn't resist this new addition to the collection after being inspired by the breath-taking colours of Autumn. The story depiction of the meeting couple here is really open to interpretation and the post title of Many meetings could refer to either Beren and Luthien or Aragorn and Arwen. But that depends on whether you go with the mortal and elf-kind view or a strictly mortal view, in which case it could even be Arathorn and Gilraen or perhaps Faramir and Eowyn. When composing the image I also thought of the touching story of John Ronald (J.R.R.Tolkien) and his wife Edith's first meeting. Its significance is also closer to home in that it was composed to mark my third wedding anniversary to Elizabeth on the 24th October (who appears here on the right well-disguised, and indeed in a small number of other compositions).