Artist feature on The Tolkienist

Many thanks to Marcel Aubron-Bulles for the coverage on the excellent website The Tolkienist to discuss the aspects of influence and approach that keep me charting an artistic course through J.R.R Tolkien's Middle-earth.  I had a nice opportunity to again refer to the majesty of Howard Shore's film music and Doug Adams' analysis of it as a point of influence in addition to why I choose photographic methods for this work.

Article: Introducing the art of John Cockshaw: a different path to Middle-earth 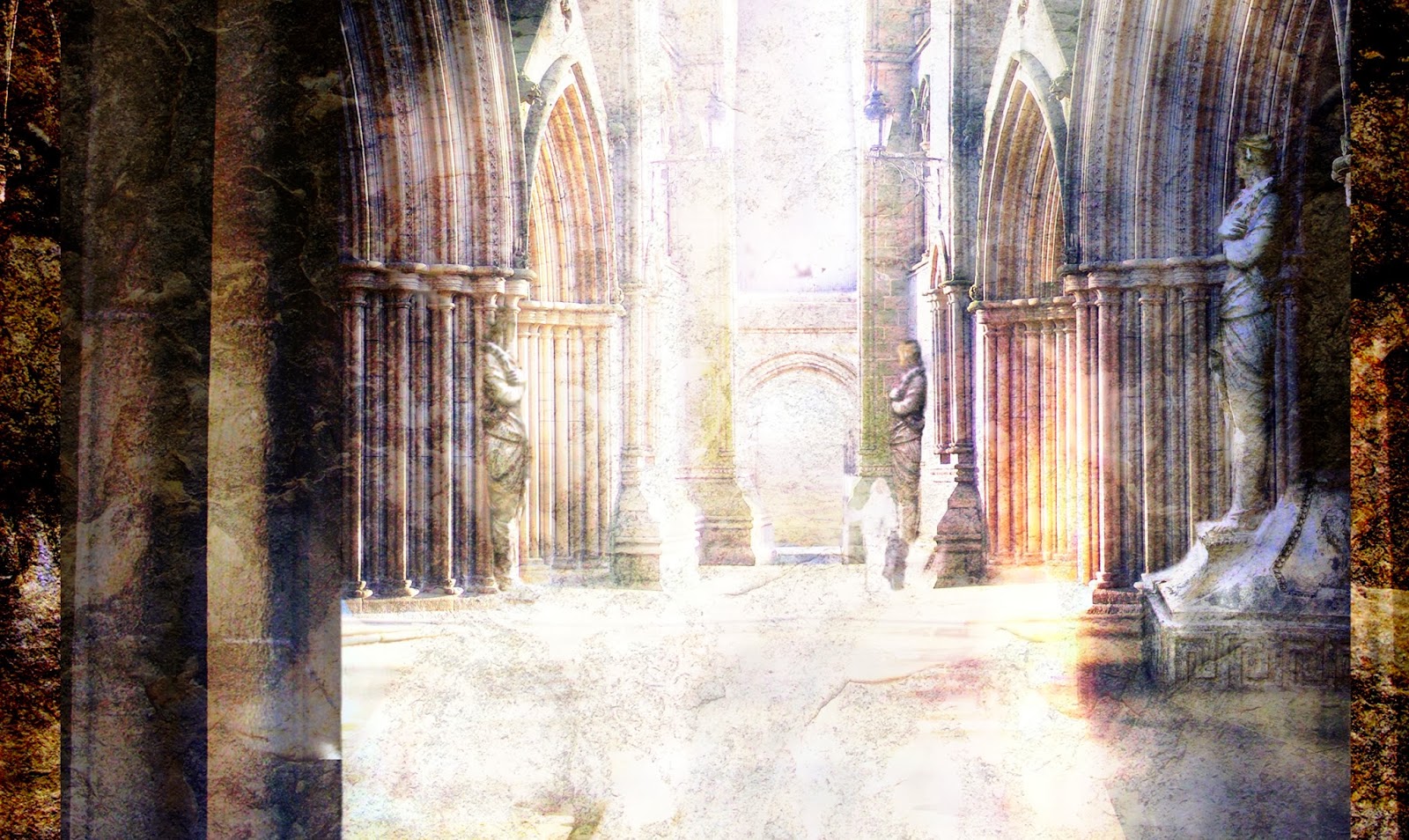 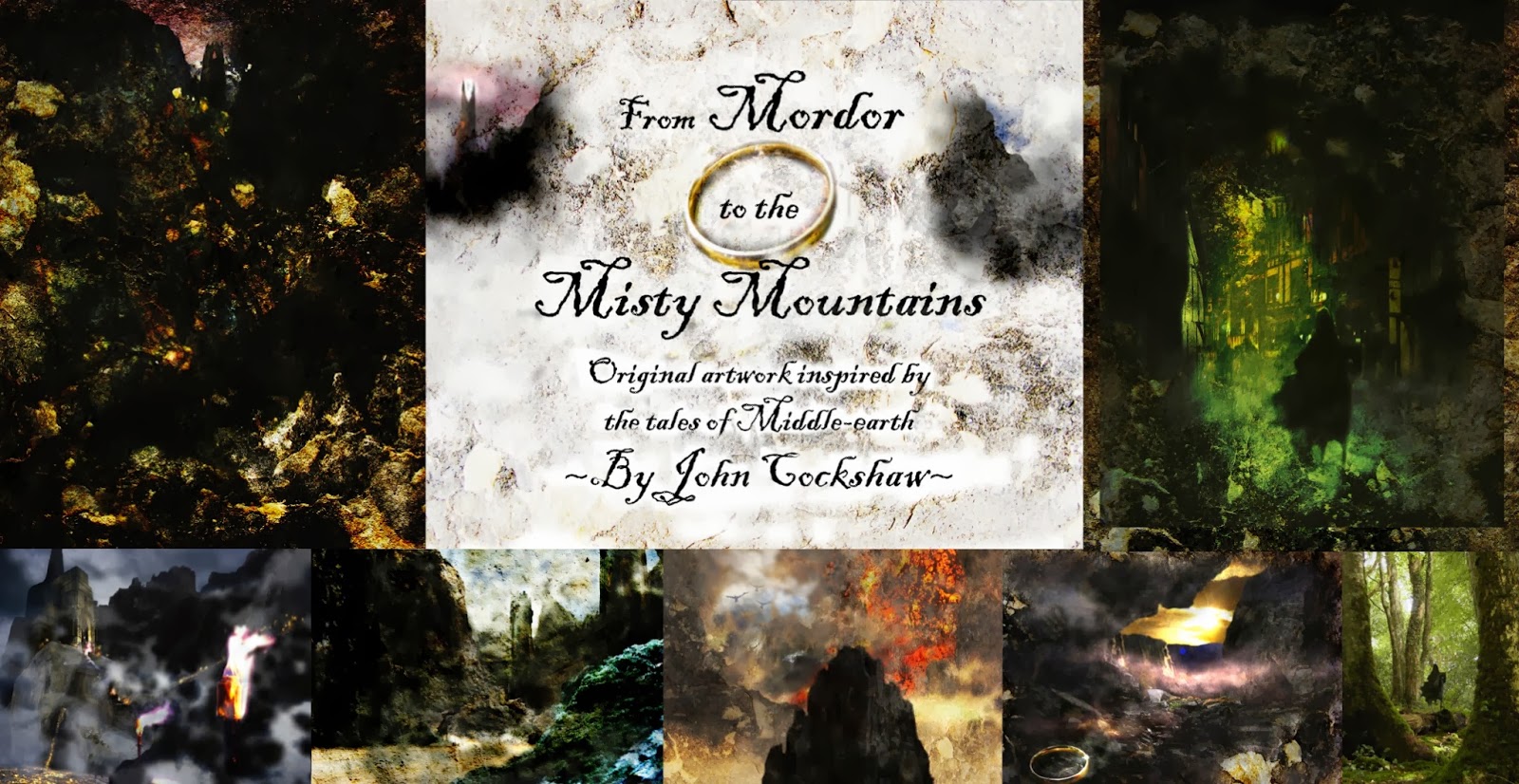 Also particularly great was the first official mention of the introduction that will be included within the upcoming book Wrath, Ruin and a Red Nightfall by Oloris Publishing.  Archaeologist Shaun Richardson, a great friend of mine and fellow Tolkien enthusiast, will be providing a fascinating and thought-provoking piece to open the art volume that touches upon archaeological aspects of Tolkien side-by-side with references to art history and our shared interest of the visual aspects of experiencing landscape. 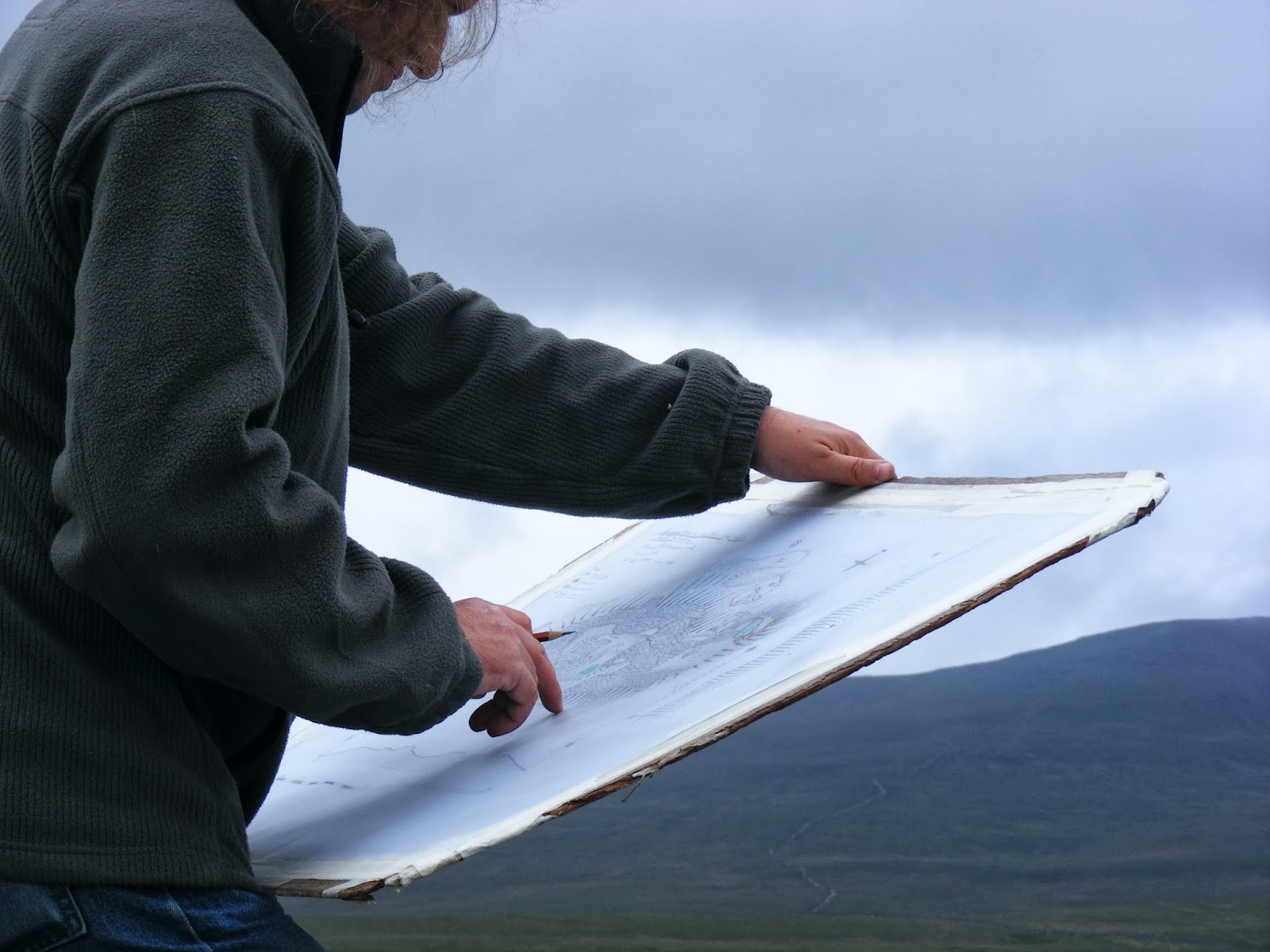 Crummackdale in the Yorkshire Dales where I accompanied Shaun on an archaeological survey in Summer 2009.

Variations on an Elf trail (from the account of Glorfindel)

Three variations of the same piece take inspiration from the account of Glorfindel's trail to assist Strider and the hobbits in conjunction with the pursuit of the Nazgul, servants of Sauron.  The central figure depicted centrally in the piece could equally be a hooded Glorfindel riding in haste or a lone member of the Nine poised on the hunt in the open country.

"They said that the Nine were abroad, and that you were astray bearing a great burden without guidance, for Gandalf had not returned.  There are few even in Rivendell that can ride openly against the Nine; but such as there were, Elrond sent out north, west and south...It was my lot to take the Road, and I came to the Bridge of Mitheithel...the servants of Sauron were upon the Bridge, but they withdrew and I pursued them westward...Since then I have searched for your trail.  Two days ago I found it..."

The Fellowship of the Ring
Book II Chapter XII: Flight to the Ford  p.210 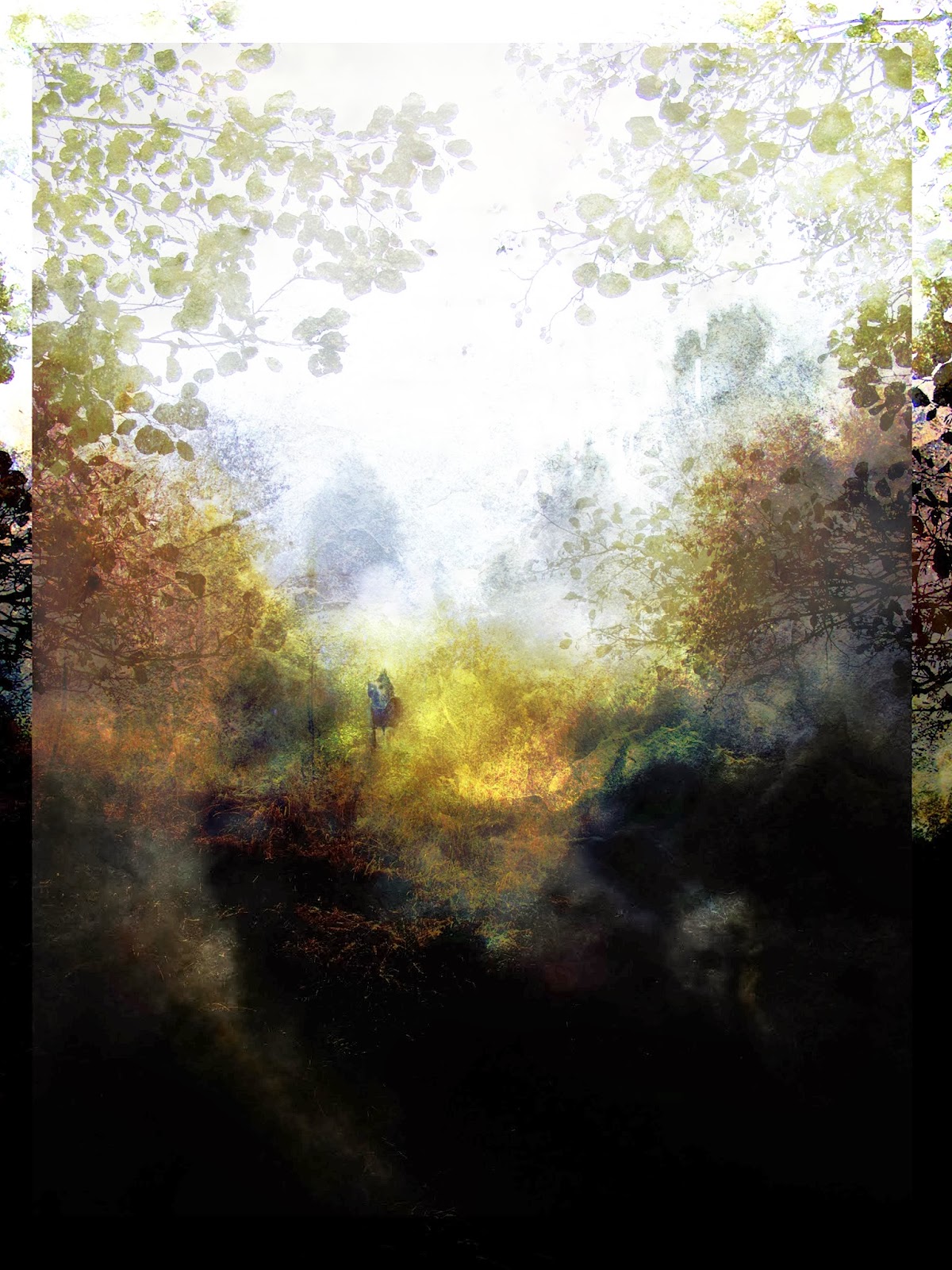 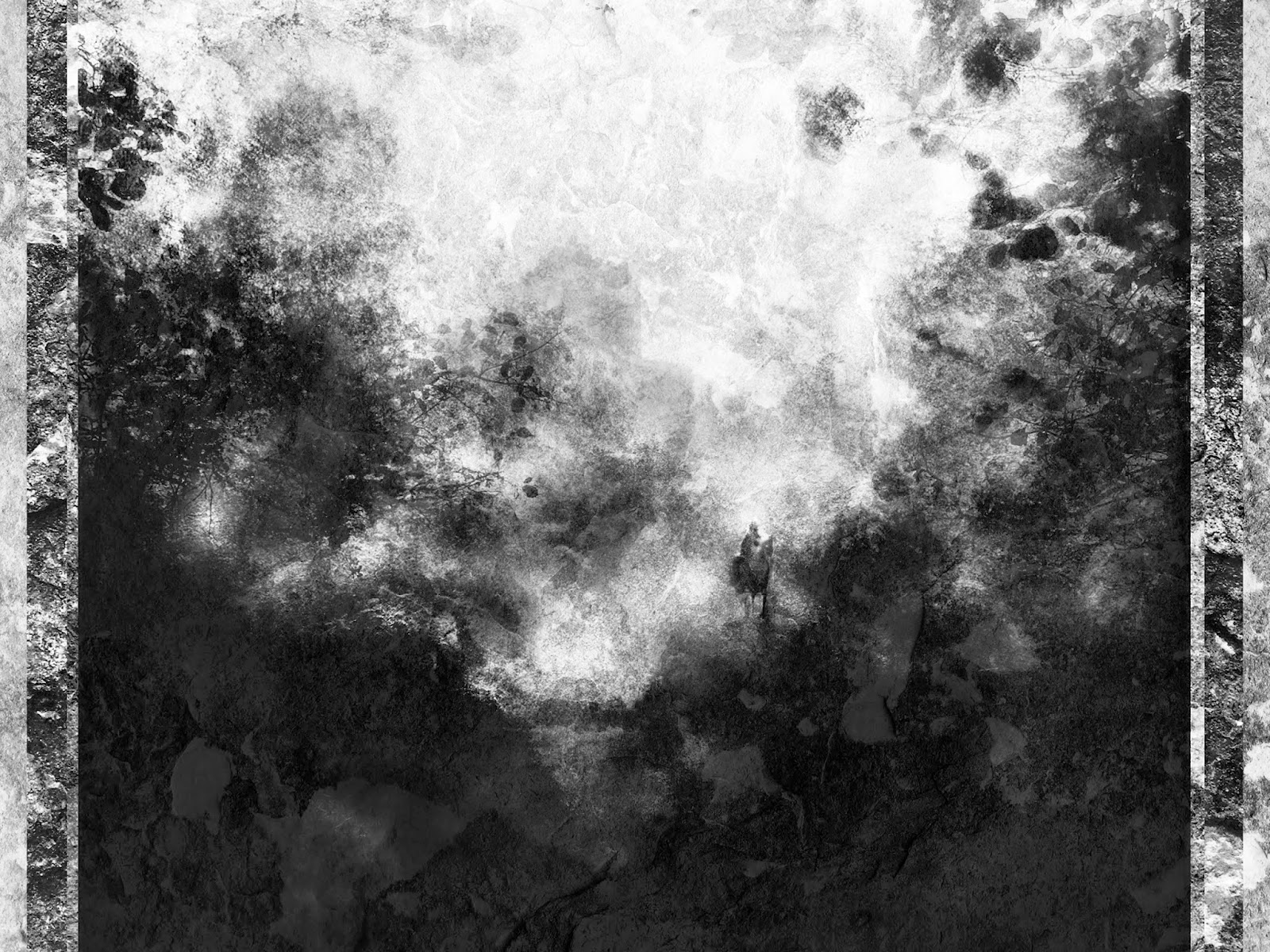 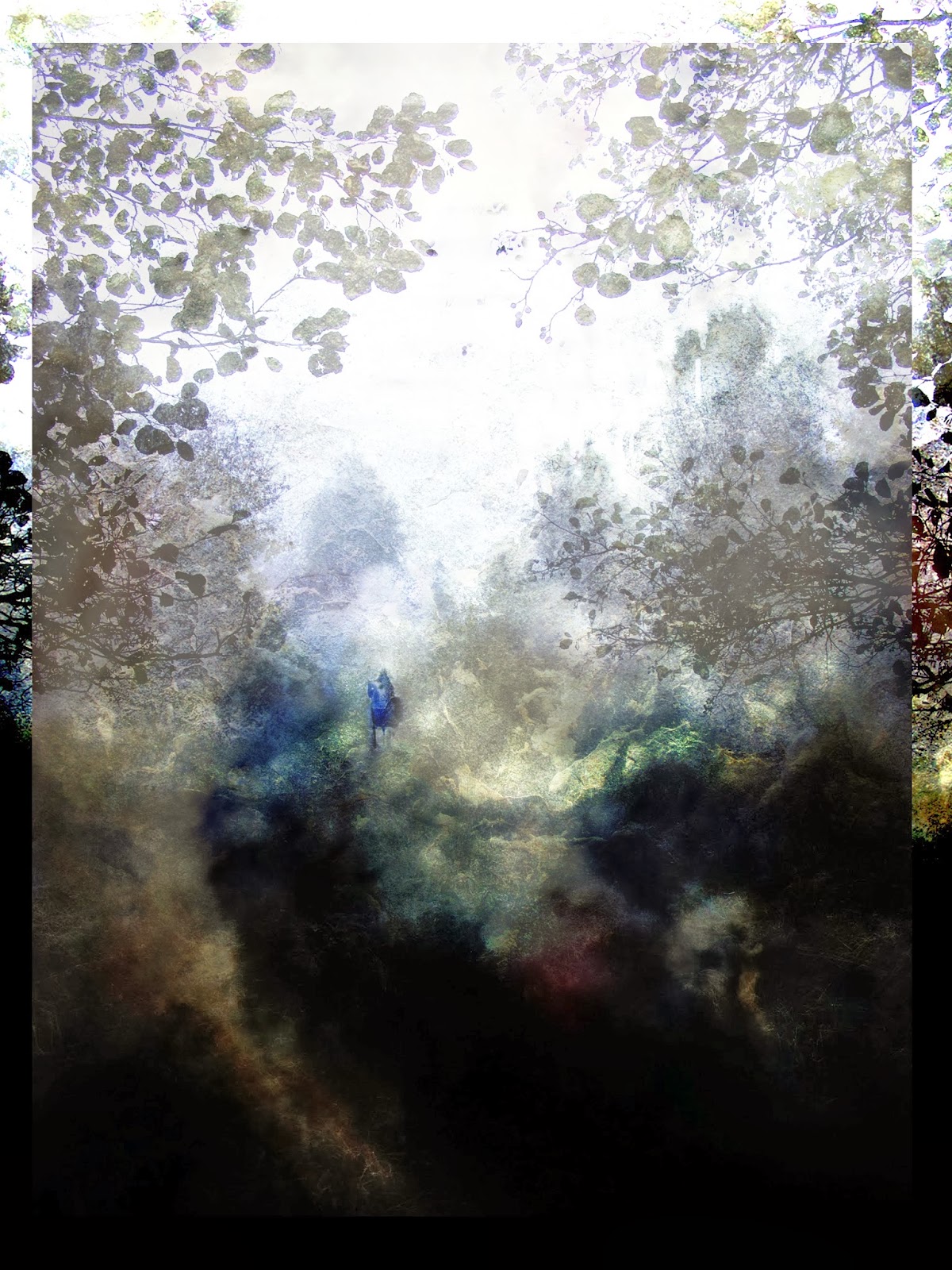 New collection of pencil work: The silence, the wisdom and the watchfulness... 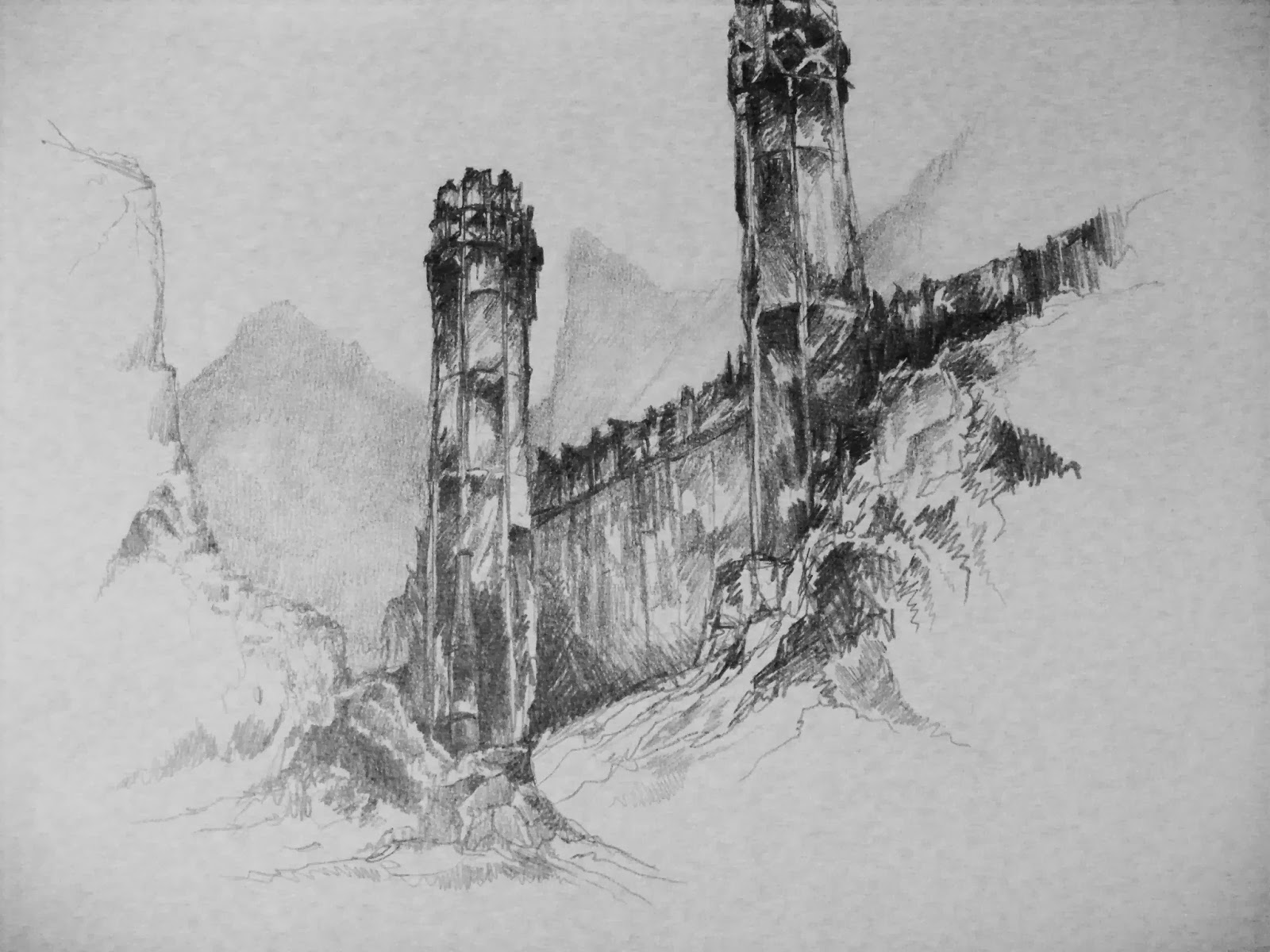 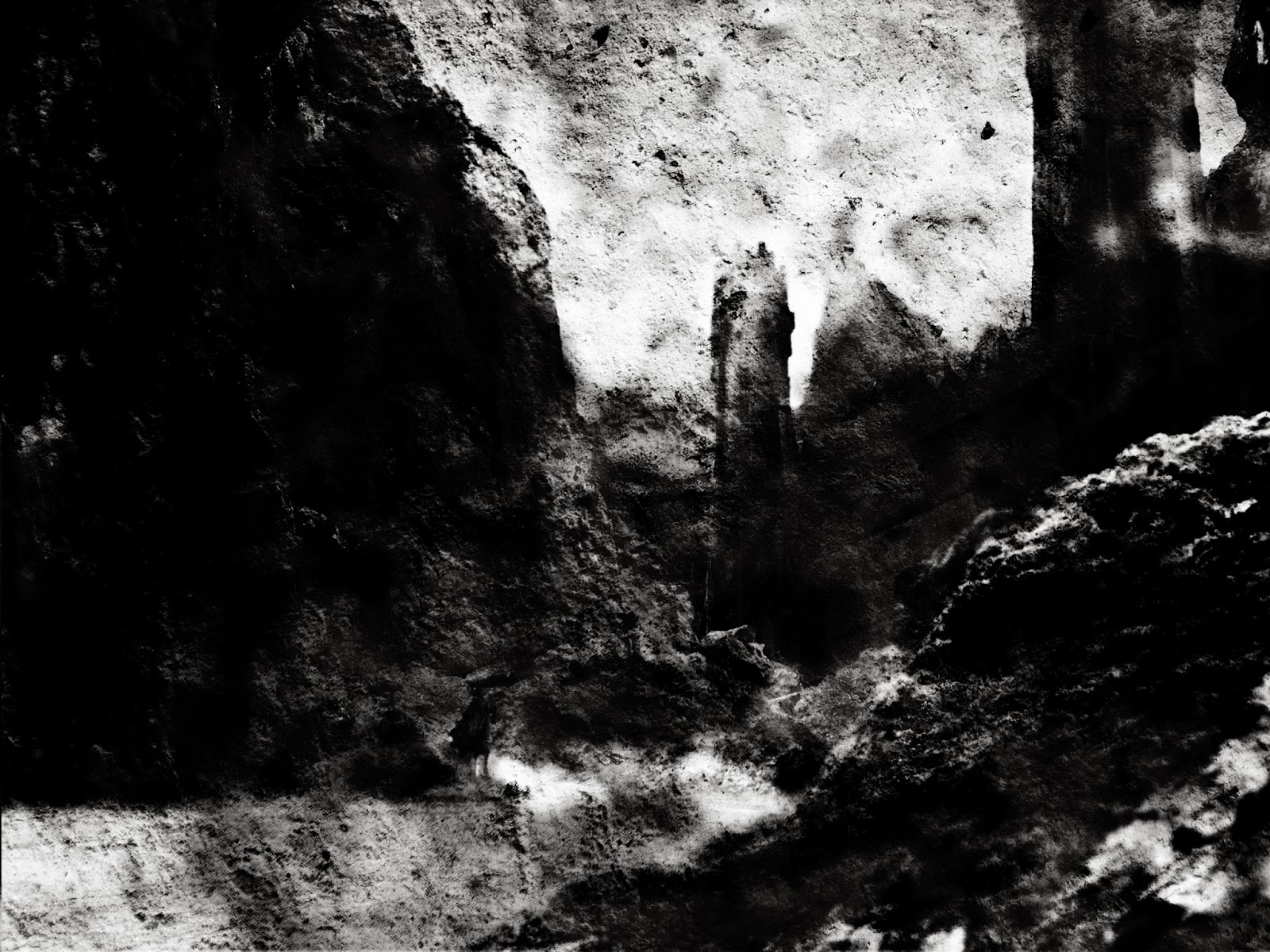 The wisdom of Treebeard (pencil study) 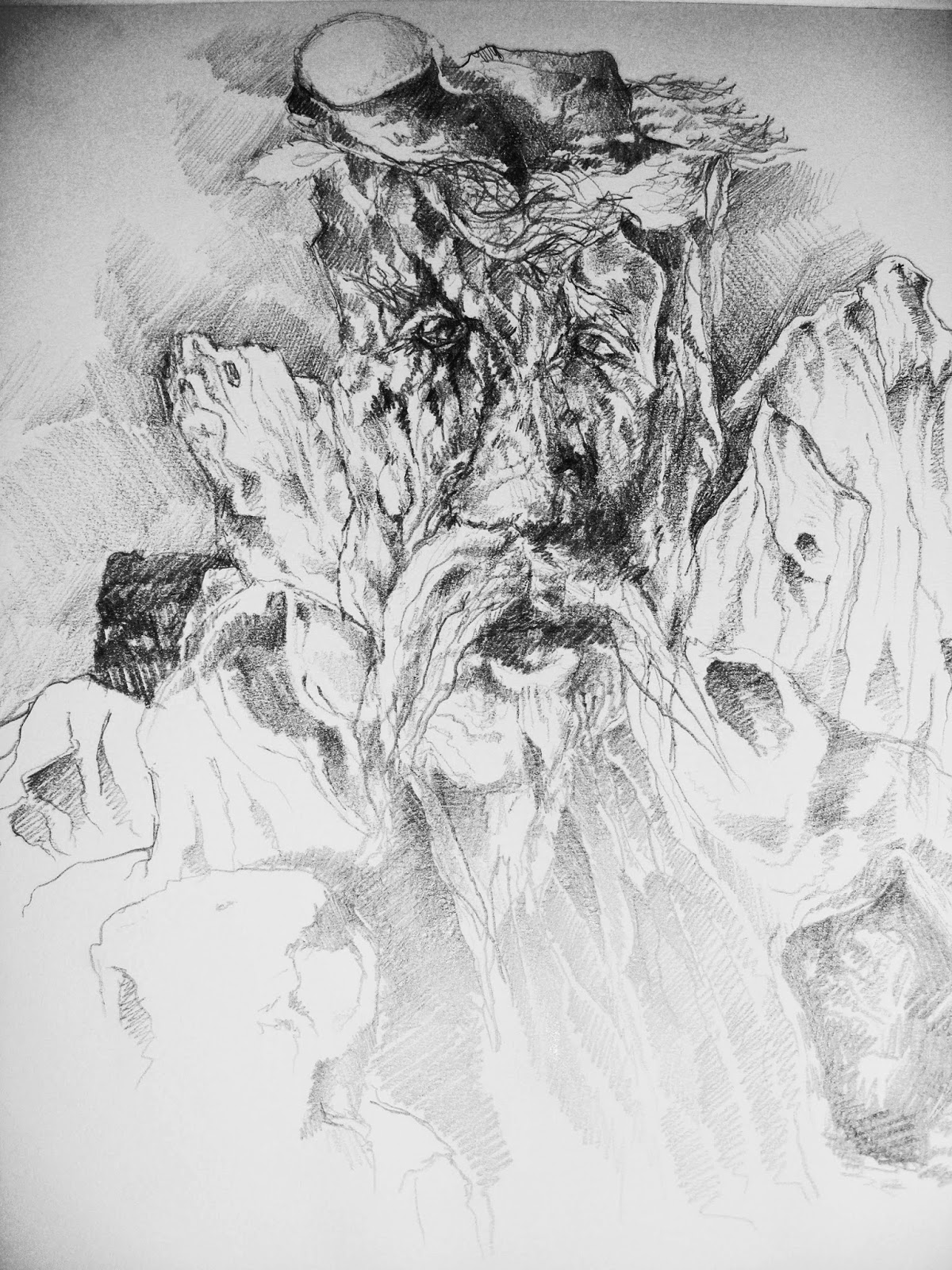 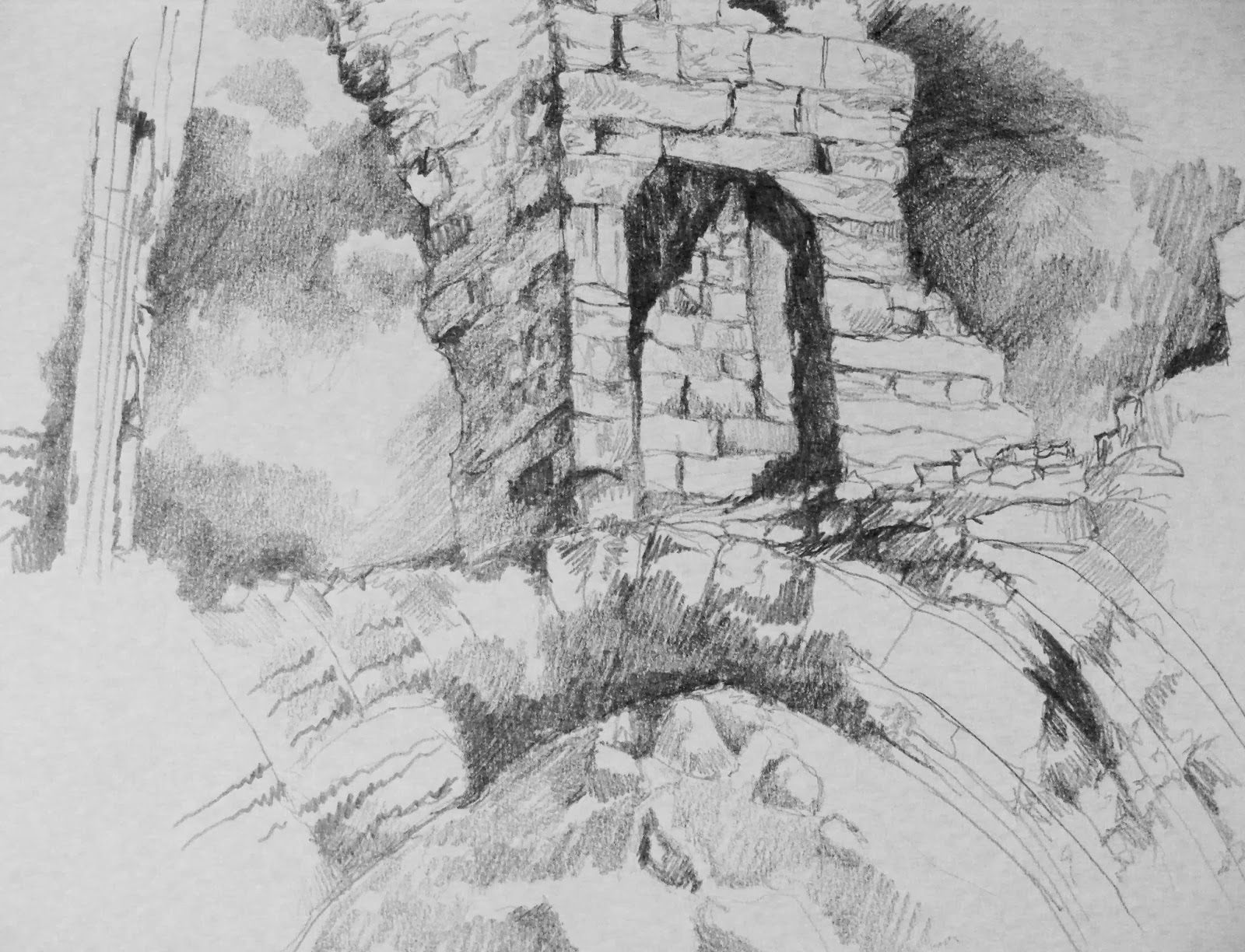 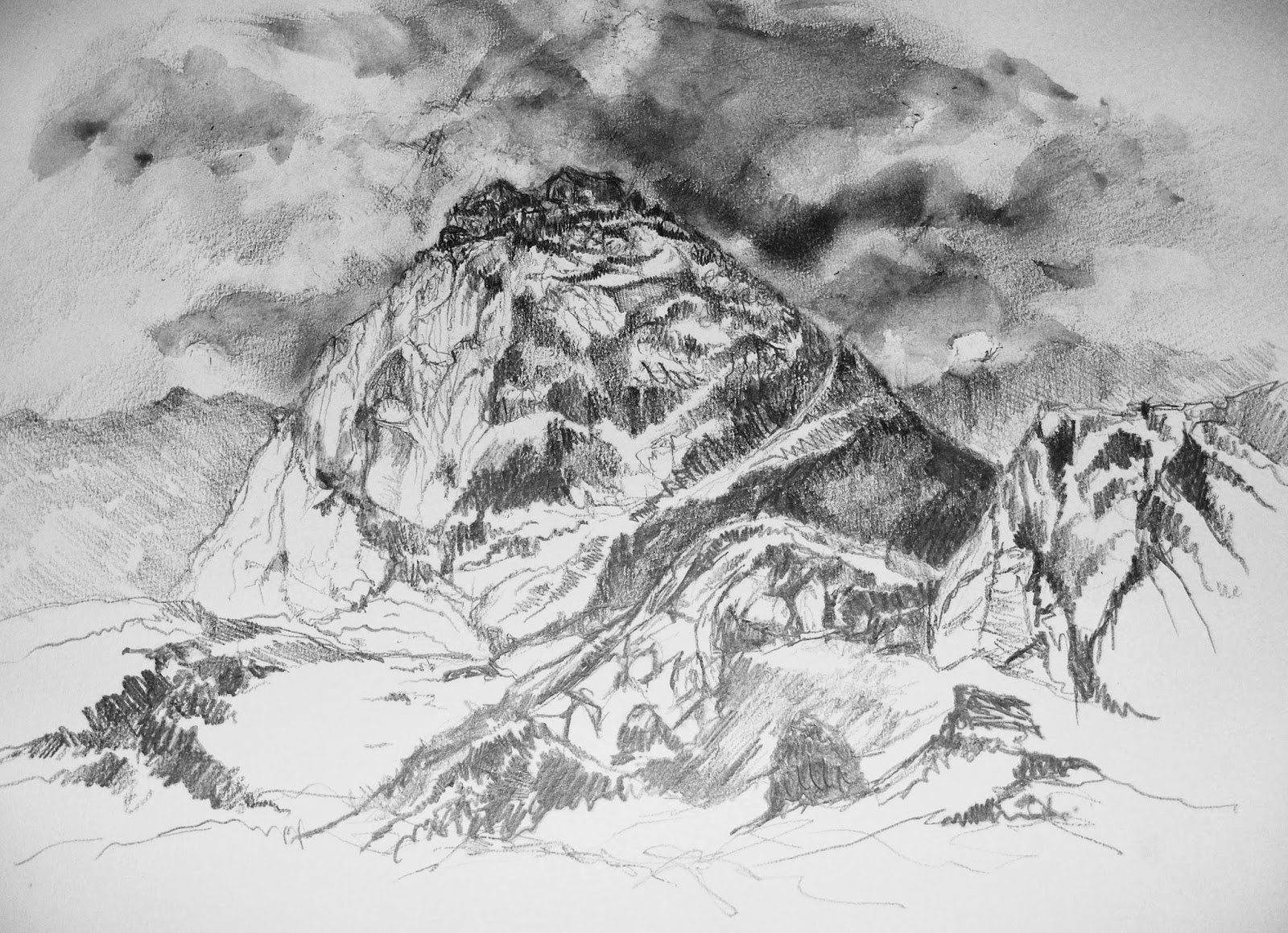