The Way to Weathertop 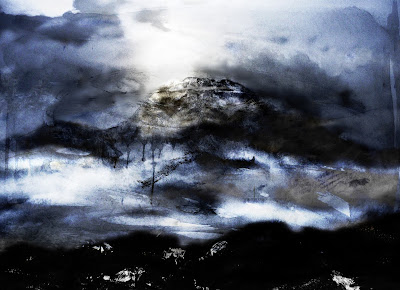 This newly posted piece dates back to a year ago and, as a combination of ink drawing and photographic study, was produced specifically for the exhibition 'Dales of a perilous Realm' featuring myself and Archaeologist Shaun Richardson that featured at Mill Bridge Gallery in Skipton, Yorkshire between February and June 2016.  The reference point is Ingleborough, one of the forbidding Three Peaks that lie in the breathtaking Yorkshire Dales.
Posted by J Cockshaw at 21:34 No comments:

Twelve Artists. Two venues. A castle. A cathedral. A love of Middle-earth. Newcastle-Upon-Tyne. 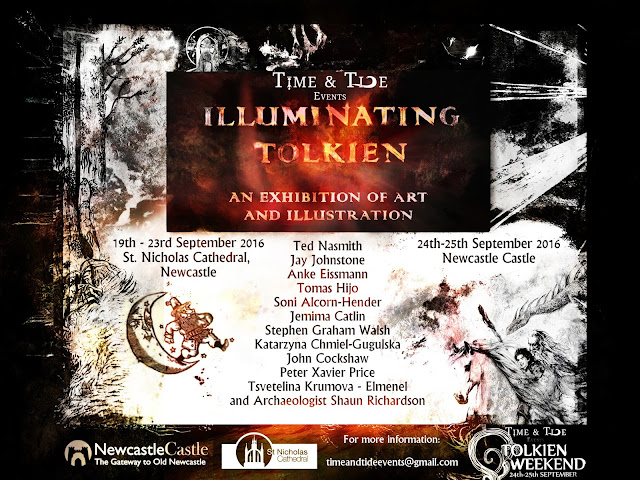 The months leading up to September this year were extremely busy with planning and discussion between a horde of artists and organisers for an exhibition that I had the good fortune of having a prominent role. It was an exciting time and an exciting exhibition too.

'ILLUMINATING TOLKIEN: An exhibition of Art and Illustration' was the show that resulted. In partnership with Time&Tide Events, a Gateshead-based events team (and Tolkien enthusiasts), we worked to a plan of putting on an exhibition inspired by Middle-earth to feature at their second annual Tolkien Weekend event in Newcastle.  The first Tolkien Weekend in September 2015 attracted an impressive footfall of visitors and even gained (surprisingly) coverage of BBC's Songs of Praise.  For 2016 Time&Tide managed to attract the attention of JRR Tolkien's great-grandson Royd Tolkien as guest of honour. 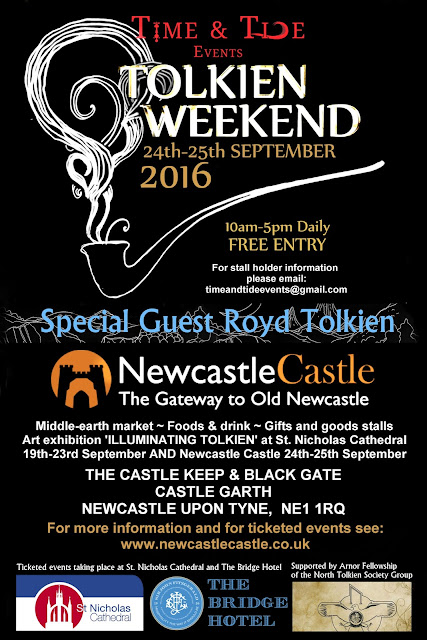 Over the course of one week, 19th-25th September, the show was installed at two venues in Newcastle city centre; St. Nicholas' Cathedral and Newcastle castle. The exhibition opened with the preview night on the evening of Monday 19th September. 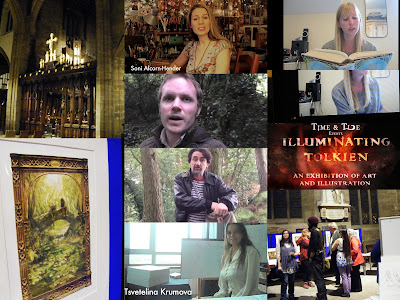 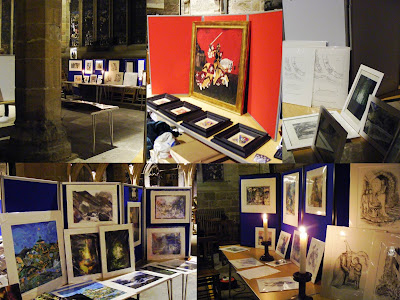 Of particular note was the appearance of recent Official HarperCollins illustrator Jemima Catlin. Catlin's illustrations graced the 2013 edition of 'The Hobbit' and it was a joy to have Jemima accept the invitation to exhibit with us, and most of also exhibited at The Tolkien Society's Oxonmoot earlier in the month. Archaeologist Shaun Richardson joined us again too, and being the third time of involving Richardson in an exhibition project it was a pleasure to have his unique Middle-earth inspired survey drawings grace the show. The array of art on show was quite incredible and as many of the artists were too geographically out of reach to attend the show we were able to put together a greetings video to give some of the artists a chance to say "Hello" and attend the exhibition in spirit.